An important component of screen performance is to avoid “acting.”

In other words, to keep it real by experiencing what the character is feeling as opposed to merely acting  the feelings and emotions – which is false and just plain bad acting. It would be greatly appreciated if all students place a $50 fees deposit to secure their position within their nominated class. Deposits not only leave less to pay when classes return but help the school financially over the two week semester break.

The American Accents & Dialects master class held over two consecutive Sundays on 26 August and 2 September was a great success and the participating students worked hard to gain the basic skills.

Course tutor Simon Masterton really impressed the students with his knowledge, dedication and attitude. Replacing former retired voice coach Bill Pepper wasn’t an easy task but Simon has proved to be a valuable  addition to the school’s teaching staff. Next up in the master class program is the Voice and Movement master class. The course runs over two consecutive Sunday’s from 10 am to 5 pm. The movement component of the course (Session 1) is tutored by Natalia Ladyko.

The voice component (Session 2) is tutored by Simon Masterton.

Dates for the course have yet to be confirmed. Once confirmed, hard copy course flyers will be distributed in class and via email.

This fun and energetic master class is recommended for anyone who wants to improve their speaking voice, presentation and body language.

Lakshay “Lucky” Dhiman’s  fledgling acting career is off to a solid start with his ongoing role in the school’s online series The Devil’s Diner,  his first appearance on Home & Away  and a Commbank TVC  to be screened exclusively in conjunction with national screenings of Bollywood  films. Lucky has also produced and starred in a couple of short films, thereby slowly but surely gaining a profile on both sides of the camera. Bobby in a scene from Rake with Richard Roxburgh

Bobby has also been picking up some lucrative voice over work along with his acting gigs.

Logan Webster’s  film Remember Redfield  is premiering on 16 September at The Ritz Cinema, 45 Park Street, Randwick  at 7 pm. Tickets are available via trybooking.com Better luck next time to Paul Millett  who auditioned for a $10,000 TVC for Amart furniture. Paul was extremely happy with his audition but failed to get a call back. As I mentioned to him, TVCs are all about the look and even though Paul turned in a strong audition one of the other actors on the day would have appealed more to the client. It’s all about having the right face for the brand. But, importantly, auditioning well also guarantees further TVC auditions for anything that suits the individual’s particular “look.” 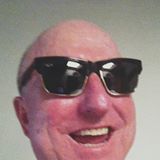 In conjunction with the school’s 30th anniversary, we are hosting a special event organised by the school’s coordinator Vera Polianskaia. The event commences at 4 pm on 29 September and the program includes a costume parade of traditional Russian dress, a buffet and an exhibition of works.

Tickets are available at the door for $25 for the general public and $15 for Screen Actors Workshop students. There will also be screenings of short films and scenes featuring our students during the event.

If you are interested in a day of culture, fun and the chance to meet some interesting warm and friendly people then please RSVP to [email protected] by 20 September.

If you would like an edited DVD or USB of your class scenes then see me in class or email me and I’ll organise it for you.

Further study of your on-camera performances at home fast tracks your acting and craft skills. A beneficial investment indeed.

Have an enjoyable two week semester break and I look forward to working with you again when classes return from Tuesday 9 October.