“I would like to express my support for the initiative shown by Screen Actors Workshop in training actors in screen drama. As Film and Television directors, we are the ones who work with actors to build, cajole, encourage and create the on screen performance. A common observation from our directors is that emerging actors have not always developed skills or experience in screen drama, and that a course that addresses this problem is long overdue. A comprehensive course that is focused exclusively on screen drama is something all film and television directors would embrace.”

“During my 10 years as a casting director the most fundamental problems facing actors is their lack of camera technique. Many actors spend thousands of dollars and many years studying theatre and different techniques yet when they audition for film, television and commercials they fail within minutes. And in such a competitive industry where decisions are made in those first crucial moments many talented actors are overlooked due to their lack of technical understanding. I wholeheartedly welcome a course whose focus is on screen performance and feel the industry as a whole will benefit greatly.” 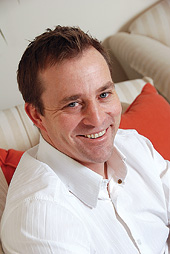 “I would like to express my support for the initiative shown by the Screen Actors Workshop in training actors exclusively in screen drama. The craft of screen performance is a difficult one and one where there is a clear need for further training. A course such as this, which is focused exclusively on screen acting, is a worthy initiative.”