Private tuition sessions vary according to the client’s needs; either for acting, screen test/audition, pre-performance nerves, presenting to camera/live audience, scene rehearsal, monologue, HSC drama, or whatever training or additional training the student may require.

“Alan coached me through several of the more difficult scenes for my role in the film Make Them Dead. His input definitely improved my performance and allowed me to bring some interesting nuanced moments to the scenes.”

“Alan tutored me prior to my first audition with casting director Greg Apps for a principal role in a controversial new television series. I received a call back for a second audition shortly thereafter, which Alan also tutored me for. I was happy with both auditions as were Greg Apps and the series director. Thanks Alan, I couldn’t have got that far without your insightful tuition and creative input.”

“I had an in-depth session with Alan regarding my ongoing problem with pre-performance nerves. He quickly located the root of the problem and gave me some easy to use techniques and some good advice on how to overcome my nervousness. Alan empowered me and I now feel relaxed and confident when performing to an audience.”

“Thanks again Alan for helping me to noticeably improve my voice over technique. I know I still have a lot of improving to do but this first session with you has already improved the quality of my delivery significantly. The producer was very pleased and thought I sounded a lot better with the adjustments you made.”

“I spent a few sessions with Alan in an effort to release my true inner self in front of the camera. His input was highly instructive and the results speak for themselves.”

“Thank you soooo muuuuch Alan! With the guidance, input and the training I received from you, I couldn’t have been better prepared for IPOP!” 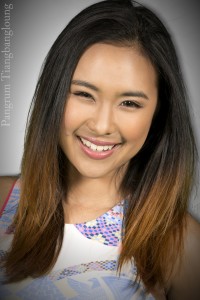