To  kick start  the current newsletter some thoughts from two of my favourite Aussie actors, Richard Roxburgh and Rachel Griffiths…

Junior, teen and adult classes return from Tuesday 19 to Saturday 23 April and the staff and I are looking forward to another fun, productive and educational  10 week term of on-camera workshops.

Now that we have  a completely portable laptop edit suite I’ve been working from the home office during the semester break, dividing my time between juggling the office work  and editing.

Once again I’d like to thank those students  waiting for copies of their master class films for their patience and understanding during the change over from the online edit suite to the new offline system. As mentioned in the previous newsletter, we hit a lot more speed bumps during the set up than expected and wasted an entire two-week period working with what turned out to be a faulty capture  device – made in China naturally – but everything is  running smoothly now and I’m catching up with the backlog of editing while learning the Premiere system as I go: In  that regard,  my new “best friend” is the undo button!

Next up on the Master Class Program is the Screen Test-Audition short course with casting director Kari Harris. 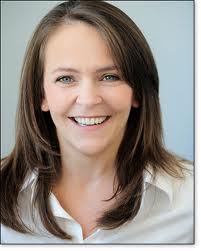 Being a  good  actor is one thing, understanding the skills and protocol required to win quality acting work is another  thing altogether. In fact, if you’re serious about  making an impression with casting directors  and winning auditions then I don’t  see the point in spending time and money learning how to act and not learning how to successfully audition for roles.

We’re almost out of stock  of some of our limited edition items. Only two copies of  The Hollywood Survival Guide for Aussie Actors   are still available. This book is essential reading if you’re heading to LA and also very informative if you’re not. Hollywood-based Aussie actor Kym Jackson penned the book to help fellow Australian actors make sense of the LA scene, and her 15 years experience living and working in Hollywood has produced the only book of it’s kind.  Kym’s book retails for $40-00 but is available to our students  for the discounted price of $30-00. There are also only a couple of medium and large  size studio t-shirts still available. For  only $15-00 you can show the world you’re serious about your acting – and hopefully look as stylish as advanced student Ronnie Scott into the bargain! Ronnie – styling in his studio t-shirt

Alumni Jemma Eggins continues to dazzle audiences  while  touring America’s capitol cities performing the lead of Olive Neal  in Woody Allen’s  hugely successful musical Bullets Over Broadway. We can only hope the show eventually makes it to Australia as American critics and audiences alike are universal in their praise. Alumni Aileen Beale  shows no sign of slowing down either, working with some of Australia’s leading directors and A-List actors – including one of my favourite actors,  Rachel Griffiths. (I’m extremely jealous Aileen!) To wrap up the newsletter, I’d like to welcome back our ongoing students for another 10 week term of screen acting classes and to extend a warm welcome to the new students commencing classes with us this term.

I’m looking forward to working with you  in your respective classes.