During Term 3 we have been working on techniques to free students from the blocks that are holding them back performance-wise. Usually people are blocked from achieving success by an ingrained fear of failure, which in turn leads to a lack of confidence. However, the deeper the understanding you have of yourself, the better the actor you become. To understand what makes other people tick (when researching a role) you must first know and understand yourself.

This eliminating the blocks approach has led to some truly outstanding scene work this term, and it has been extremely satisfying to see the personal growth in so many of our students. In a lot of cases, what has been holding people back is neatly summed up in the picture and caption below… There are numerous benefits to be gained by attending the Monday Extension class, particularly for those students desiring to move up the ladder to the Thursday Advanced class as soon as possible.

The extension class gives Intermediate level students access to an advanced curriculum, along with the opportunity of working with advanced students who attend the class as additional training each week.

The Monday class runs in blocks of 9 week terms – not 10 weeks as per every other part-time class – and commences on the second week of each term after students have completed their regular class the week before. Students are also welcome to attend drop-in classes at this level of study.

So if you’d like to fast track your skills, then try a term in this class or book some drop-ins. You will benefit greatly from the extra effort; as did Allira Peters from the Wednesday class when she paved the way for a move to the advanced class by recording a couple of scenes with advanced students Trevor Shipton and Paul Millett this term.
Allira benefited from the opportunity by developing a more natural performance style. Check out the scene below featuring Allira, Trevor and Paul…

Would you like to perform a challenging role in a short film, have it screened on the award-winning Dark Carnival short film program and be seen by a couple of hundred thousand Sydney siders? If so, then this course is for you! The masterclass runs over one Tuesday evening and the following two consecutive Sundays on 11, 16, 23 November.

Contact Us for further information and a course flyer

Greg Apps, one of Sydney’s most experienced and respected casting directors has an excellent resource available for actors. Simply sign up with your email address to gain free access to the site. Check it out at…www.theauditiontechnique.com

This term has seen our students continue a solid run of professional work, winning some tough auditions and then delivering the goods on-set or on-stage.

Well done to teen graduate and private tuition student Pangrum Tiangbangloung who won Best Monologue, Best TV Commercial, and Actor of the Year in her age group at the 2014 IPOP! awards in Los Angeles.

Graduate Frank Stead has continued to carve out a successful career in front of the camera, both in TV drama, feature films and television commercials. Frank’s no slouch and has recently been expanding his acting skills by performing in a successful play and most recently, in a musical, The Yeomen of the Guard. Between treading the boards, Frank also appeared in a lucrative ANZ TVC filmed at Strickland House in Vaucluse. As Frank knows only too well, to sustain a long term career in this industry you have to be multi-skilled. 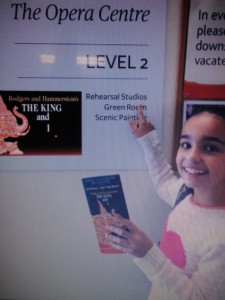 Congratulations to Junior student Julia Manias, who won the role of one of the princesses in the Sydney Theatre Company production of the musical, The King and I, currently performing at the Sydney Opera House. Professional theatre is pretty much a closed shop in Sydney and Melbourne and very difficult to break into: not so for Julia, who at only 9 years of age, pushed the door open and casually strolled onto the stage. Congratulations and very well done Julia! 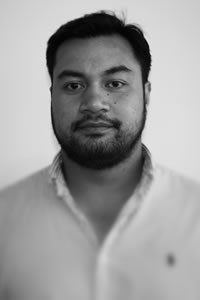 Sports manager, former rugby player and coach, Lance Alaalatoa is currently featured 100% in a high rotation Samsung TVC in which he plays a rabid All Black’s fan. Lance and his two fellow performers were recently featured on the cover of MX magazine. The TVC has a comic bent and Lance’s antics are fun to watch. All good Lance. But what are your Wallaby mates going to think when they see you playing an All Black’s supporter? Could get ugly mate!
Not one to rest on his laurels, Lance has just wrapped another gig performing 100% in a Toyota Hi-Lux TVC. 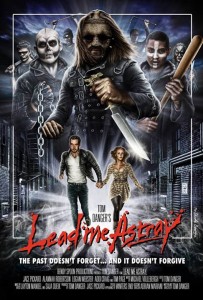 Congratulations to advanced adult student Logan Webster for his performance as the antagonist Alpha in the upcoming indie horror film, Lead Me Astray. Logan said he really enjoyed playing the role – as physically demanding as it was – and said he learned a great deal during production. Once they met, the director said Logan was his first and only choice for the role. Lead Me Astray also features former advanced student Tim Page. Well done Logan and Tim and I can’t wait to see the film! Dallas Buyers Club (USA: 2013) Directed by Jean-Marc Vallee. Starring Matthew McConaughey, Jennifer Garner, Jared Leto.
McConaughey plays real life aids sufferer Ron Woodruff in this engaging dramatization of Woodruff’s struggle to find a cure for the deadly disease. Woodruff’s quest sees him change from a homophobic redneck to a more open-minded and caring individual. Forced into facing his own mortality, Woodruff began smuggling unapproved drugs into Texas from Mexico when he found them to be effective at improving his symptoms. Woodruff then distributed the medicine to fellow sufferers by establishing the Dallas Buyers Club, while facing opposition from the Food and Drug Administration. If you haven’t yet seen this film, then don’t put it off any longer as it’s one of the best films you’ll see this year. Winner of 3 well deserved Academy Awards, including Best Actor for McConaughey and Best Supporting Actor for Leto. All is Lost (USA: 2013) Directed by J. C. Chandor. Starring Robert Redford.
This survivalist film is based around a man lost at sea somewhere in the vast expanse of the Indian Ocean, when his yacht collides with a wayward shipping container. With virtually no dialogue the film is a tour de force for Redford who gives an impassioned performance as the old man lost at sea. Redford, the sole cast member, and performing almost all of the water stunts himself at age 77, shines in what is an extremely physical but also an intellectually demanding role. This is nail-biting cinema at its very best! 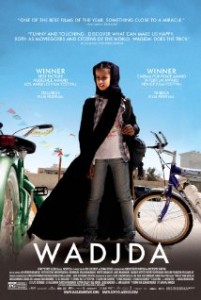 Wadjda (2012: Saudi Arabia-Germany) Directed by Haiffa al-Mansour. Starring Waad Mohammed, Reem Abdullah.
Wadjda, an 11 year-old Saudi girl living in the capital Riyadah, dreams of buying a green bicycle she passes every day in a shop window on her way to school. Winner of numerous international film awards, Wadjda is a heartwarming film suitable for the entire family. The tactics Wadjda uses to acquire her dream bike so she can race her young male friend, expose the male-dominated, misogynistic world of Saudi Arabia where women have few rights and little freedom of expression. In this restrictive society, Wadjda proves herself to be a feisty young girl with a beautiful heart and a strong determination. Open yourself up to the wonderful world of foreign cinema and join Wadjda on her quest. You will not be disappointed.

If you would like an edited copy of your on-camera scenes from this term then see me in class or email me and I will organize it for you. Class scene DVDs are $40-00 per term’s work and are a beneficial means of improving your acting via further home study.

To wrap up the August-September newsletter, I’d like to wish everyone an enjoyable Spring semester break and I look forward to working with you again next term.